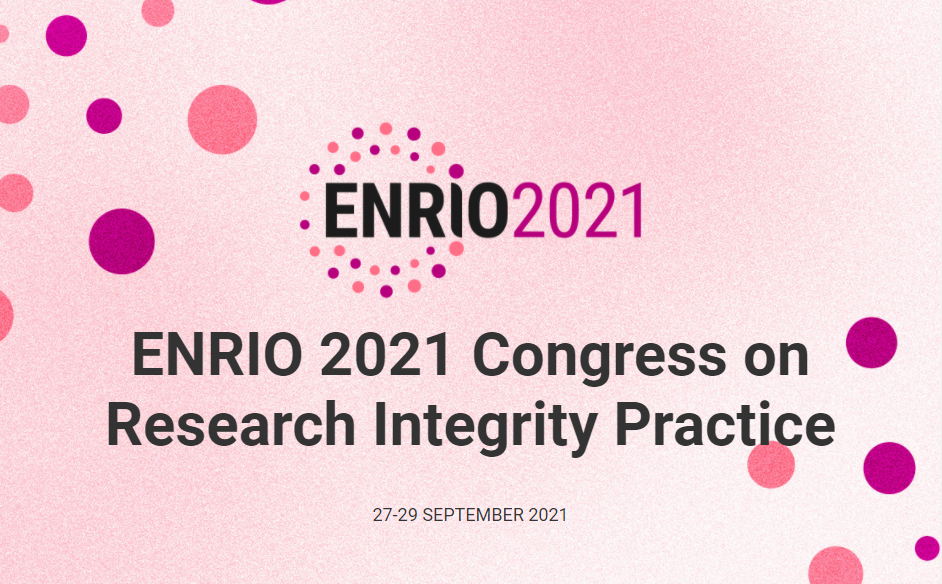 Dr. Agnieszka held a presentation where the theme was based on the experience of the Path2Integrity team members in developing a social campaign for building a culture of research integrity.

In the beginning, she briefly presented P2I and its objectives and then the assumptions and goals of the #MyPath2Integrity campaign which is also focused on research integrity and its purpose. Dr. Agnieszka highlighted the key messages of the campaign materials (implemented through videos, posters, flyers).

"The vision of the P2I campaign is to represent a research integrity system and scientific community, characterised as much as possible by the fundamental principles of research integrity outlined in the European Code of Conduct - honesty, reliability, respect and accountability." - said Dr. Agnieszka Dwojak-Matras in her presentation.

Then Dr. Agnieszka discussed the problems that the Path2Integrity team had encountered while designing the research integrity promotional strategies and presented some of them, mainly those relating to the difficulty of formulating a positive message about research integrity.

"As researchers of research integrity, we were surrounded by examples focusing on negative practices that point out misconduct. During the presentation, I focused on the Path2Integrity campaign, which, on the contrary, was geared towards seeking and highlighting positive messages about the responsible conduct of research using role models. I also indicated some challenges regarding the design and the format of the materials, which we had overcome and resolved based on a conducted evaluation." - shared Dr. Agnieszka with P2I’s team.

In providing suggestions for how to promote good science, Dr. Agnieszka analysed the statements and attitudes of the scientists who have become the faces of the campaign – role models who were interviewed on their paths to integrity. Dr. Agnieszka had focused on their experiences of positive scientific practises, as well as on promoting constructive ways of avoiding bad behaviours.

Finally, she discussed the important factors that need to be considered while fostering positive attitudes and integrity – encouraging everyone to use the presented materials, familiarise themselves with the campaign and share it in their academic community.

You can watch the full insightful and inspiring presentation of Dr. Agnieszka Dwojak-Matras here.